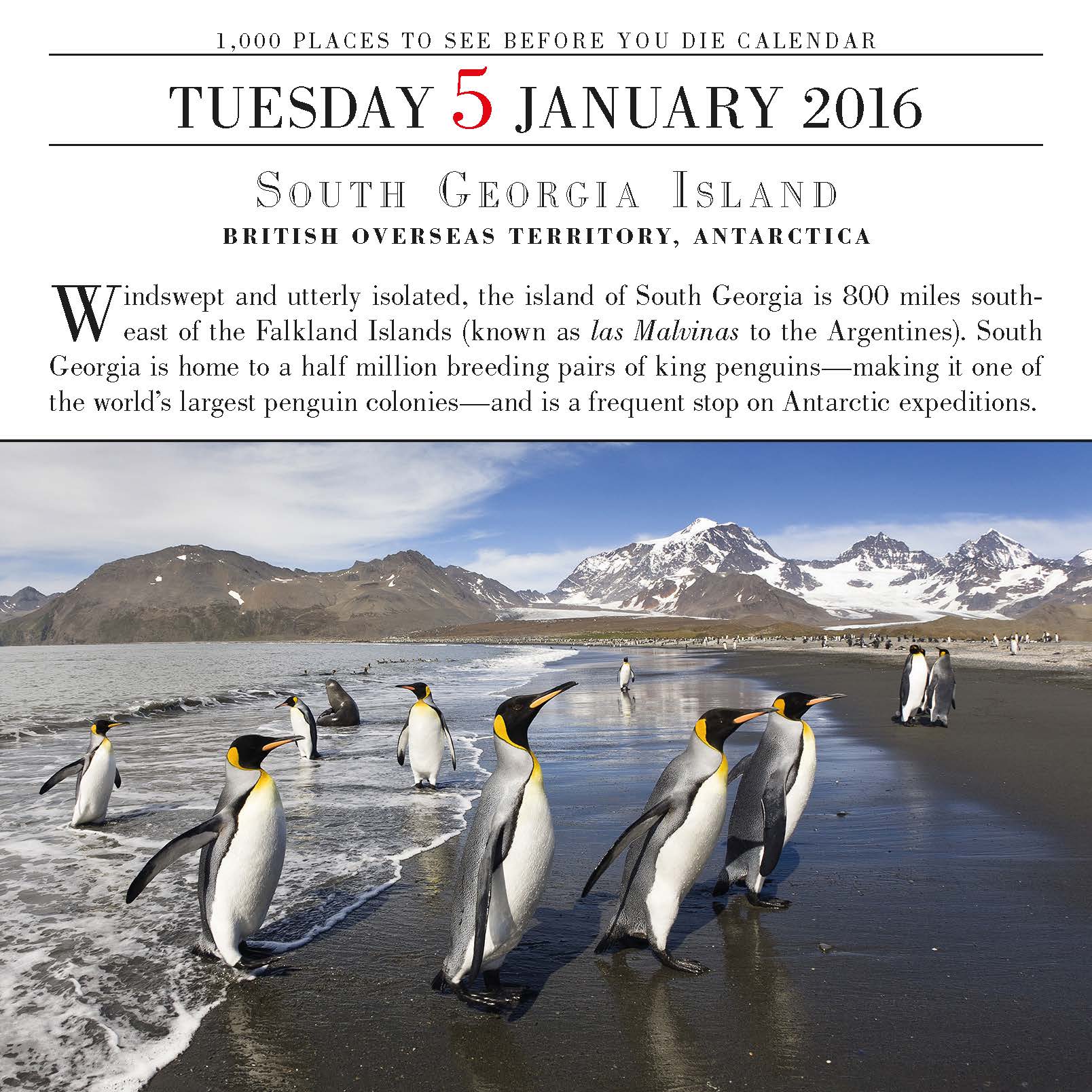 Today’s #TravelTuesday destination is South Georgia Island, courtesy of the 1,000 Places to See Before You Die Page-A-Day calendar.

Windswept and largely unknown, the utterly isolated isle of South Georgia stands days away from any civilized shore, a white crest of carved ice rising from the cold sub antarctic waters that surround the South Atlantic mountains nearly 1,300 miles east of Tierra del Fuego and 800 miles south-east of the Falkland Islands. Deemed unlivable by Captain James Cook, the first explorer to land on the island, in 1775, and still virtually uninhabited, the 100-mile-long island nevertheless delights intrepid visitors with impossibly high sea cliffs, dazzling fjords, and snowy alpine peaks sloping down to the wave-whipped beaches of fine-grained salt-and-pepper sand.

These seemingly desolate shorelines harbor one of the world’s largest and most important penguin colonies: More than half million breeding pairs of king penguins, the second largest penguin in the world, serve as the island’s biggest draw. Arriving at the glacial valley of the Salisbury Plain, you instantly find yourself surrounded by at least 100,000 of them, all braying in chorus and waddling to and from the sea.

Read more on 1,000 Places to See Before You Die and the calendar line here: