How to Combat Math Anxiety

Stefan Banach, one the most influential mathematicians of the 20th century, once said, “Mathematics is the most beautiful and most powerful creation of the human spirit.” He clearly didn’t have a frustrated middle-school student at his kitchen table erasing an incorrect answer so earnestly that he ripped the paper straight through. However, research shows that if we (educators and parents) help kids approach the subject properly, math can, in fact, bring happiness and maybe—just maybe—be a thing of beauty. And as we all know, there is nothing more beautiful than the smile of a child who has just figured something out!

If you or your child find yourself getting anxious just thinking about math, you’re not alone. Panic, insecurity, “freezing up,” and mental disorganization are all common reactions that math-phobic people have when they are asked to solve a problem. In fact, math anxiety is such a common phenomenon that our culture has built a number of myths supporting people’s avoidance of math, such as: 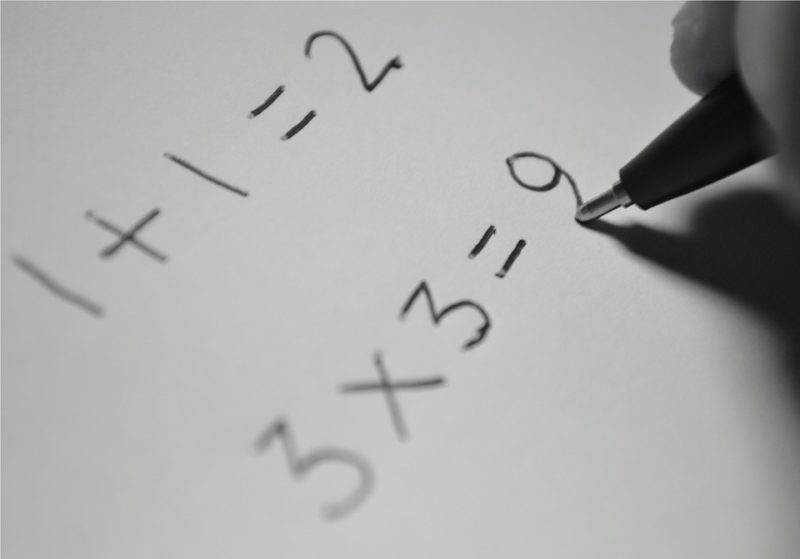 Indeed, our negative culture around math and the symptoms of math anxiety lead to a vicious cycle where a person’s fear of math blocks them from learning and studying properly. What is the logic outcome of poor studying? Poor performance (as well as some likely scolding) and even more negative connotations with math, which eventually leads to avoiding the subject altogether.

But the good news is that the opposite is true too—positive experiences can lead to more excitement, more learning, more curiosity, and more advancement. And even better news: anyone can dramatically change their perception of math with some very simple steps, and therefore improve their reality when it comes to homework, tests, and overall academic performance. Here are 5 simple ways to combat math anxiety:

Nathalie Le Du is the executive editor in the Workman Publishing Kid Collective, overseeing their “destructibles” program—books that kids write in, cut up, draw on, generally destroy, and ultimately learn from. Nathalie is the editor of the Brain Quest®, Star Wars® Workbook, and Big Fat Notebook® series and acting advisor on all things educational. As a passionate education advocate, she creates and lead collaborations of educators, curriculum writers, illustrators, and designers. Together, they produce books that empower kids to harness their innate curiosity in the world. Prior to joining Workman, she was the editor of Kumon Publishing North America, where she developed and authored workbooks for children ages 2 to 15. She also holds a master’s degree in literary cultures from New York University.