Welcome to our #FridayReads feature on the blog, where we’ll be excerpting a chapter of one of our favorite books to start your weekend. This week, it’s Gabrielle Zevin’s Young Jane Young, a smart, funny, and moving novel about what it means to be a woman, and the double standards alive and well in contemporary society. 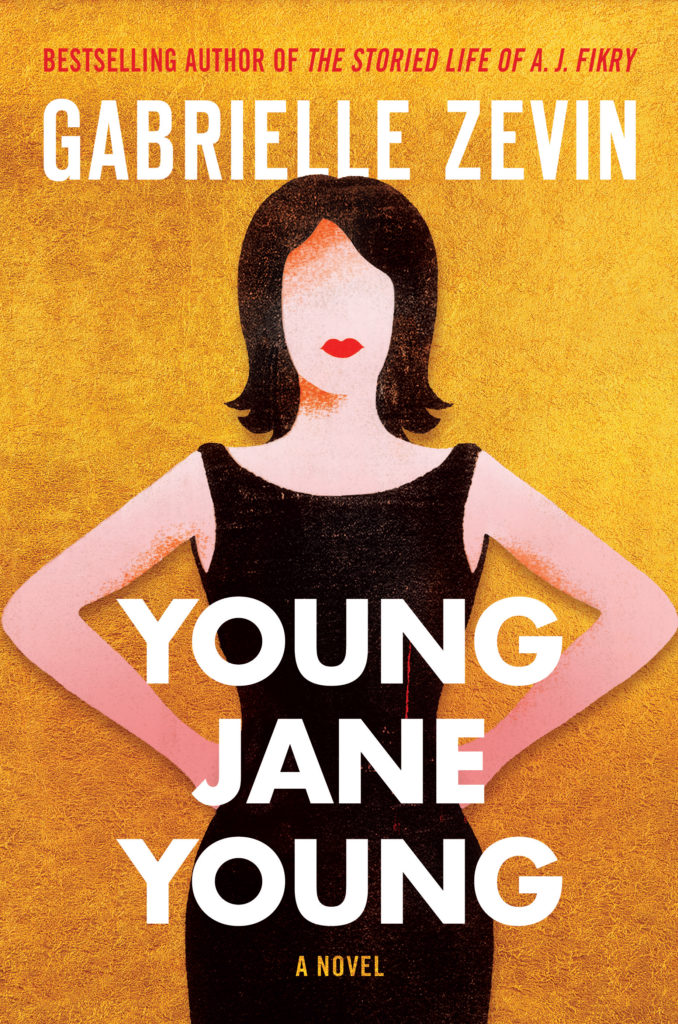 What an honor to be here with you this afternoon….

…never occurred to me not to work. My father was the Sturgeon King of Milburn, New Jersey. My mother built bridges. Literally. She was a civil engineer.

She savored the quiet time alone at the podium. Alone, but with people. She looked into the audience, a sea of soft, shapeless neutrals, and she wondered how many of those women loved their husbands as much as she loved Aaron. Yes, the irony to end all ironies! Embeth loved Aaron.

…I am proud that I was a working mother. It’s interesting, that term, ‘working mother.’ Working becomes the adjective; mother, the noun. We don’t say Worker-Mother, and we certain don’t say Mothering Worker… People expect you to put the emphasis on the mother part at the expense of the worker part. I was proud of my children, but I was equally proud of my work…

… the first topic that comes to mind is often a woman’s right to choose or sexual assault, but I believe the most important women’s issue is the wage gap. I believe this is the root issue from which all other inequalities stem.

The truth was, being cheated on was not that bad. It was being cheated on in public that was hard. It was wearing the ill-fitting shroud of the wronged woman. It was standing next to him, meekly, when he apologized. It was figuring out where to cast your gaze, and choosing the right suit jacket. What suit jacket would say “supportive,” “feminist,” “unbroken,” “optimistic”? What one effing suit jacket could possibly accomplish that?  She still, fifteen years later, wondered if they judged her for staying with him after Avivagate.

…But you all know the statistics…

She wondered if the summer weight cashmere sweater she had been eyeing at J. Crew was still on sale.

She wondered if her eyebrows were sweating off.

She wondered what to do about Ruby.

… proud we have sons. And they are exceptional, strapping young men in every way. Not that I’m biased. [Pause for laughter.] But do I think they deserve twenty percent more money than a comparably qualified young woman? I do not!

She liked the girl, but she knew that she could not have Ruby meet Aaron today, or this week, or this month. Aaron needed to keep his head in the game. The best thing to do would be to dispatch the girl to her grandmother’s, that idiot Rachel Grossman. With any luck, Tasha would have found her number by now.

…True conviction is believing something to be right even after it becomes disadvantageous to you. This is what I tell my sons. This is what…

Also, Aviva Grossman was running for mayor? In a way, Embeth had to admire the girl’s chutzpah. She hadn’t thought about her in years, not in a future way.

…as a mother, my greatest accomplishment will be to have raised sons who are feminists…

She had known that girl was trouble from the first time she had laid eyes on her. The first thing Embeth remembered was her mouth. The big mouth, with the slight pout. The red punch of lipstick. She was holding a can of diet coke, lipstick traces around the tab. The way those curves taxed the seams of that good quality, sales rack suit. Many of the interns dressed like that, though. Their professional wardrobes came from big sisters, mothers, friends, neighbors, and the fit betrayed these origins.

That couldn’t have been the first time she saw her, though. They’d been neighbors.

Applause indicated the speech was over. Alumni Jeanne thanked Embeth and announced the start of a Q&A. Why had Embeth agreed to a Q&A? All she wanted was a nap.

A gray-haired woman in a shapeless gray cardigan and shapeless gray pants stood up. These clothes, Embeth thought. These women look like they are dressed for a funeral at an insane asylum. In fact, Embeth dressed this way, too.

The gray woman asked, “Listening to you talk. You’re so intelligent. When are you going to run for office? Can’t there be two politicians in a family?”

Embeth laughed her public laugh. Inside, a private joke: There may already by two politicians in this family.

Once upon a time, a question like that might have flattered her. A long time ago, she had harbored such ambitions. She burned with them. She had pushed Aaron forward, and then resented him when he actually succeeded. As a politician’s wife, though, she had had her fill of politics. But then, there was no worse job in politics than politician’s wife. Literally, there was no job that paid less—which is to say, nada—and demanded more. At the peak of Avivagate, she’d once attended a Women in Politics panel on Human Trafficking, and they’d had a PowerPoint presentation with screening questions to determine if a person was being human trafficked. The questions were: 1) Are you paid for your work?, 2) Are you never alone?, 3) Do other people answer questions for you?, 4) Can you leave your house when you want?, etc. Based on her answers, Embeth had determined that she was a likely victim of human trafficking.