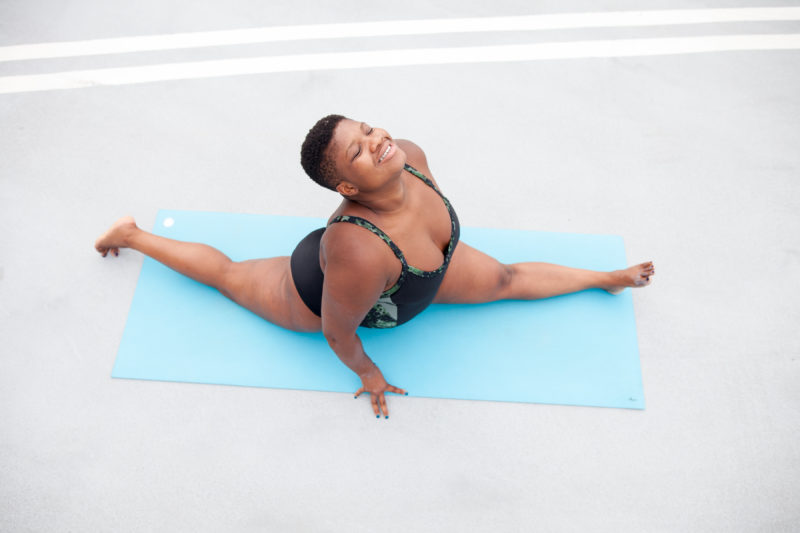 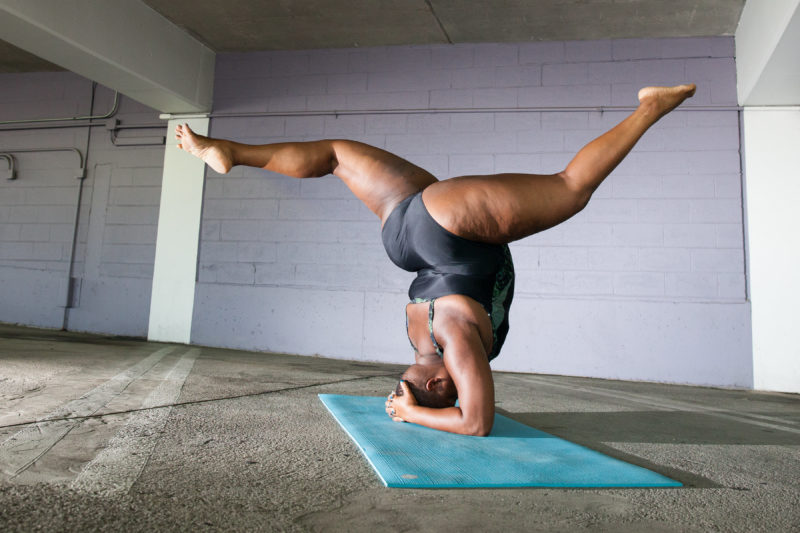 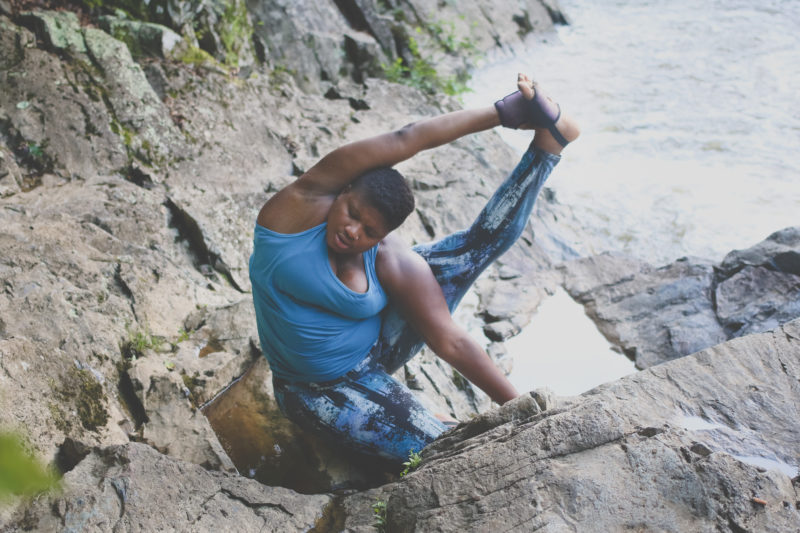 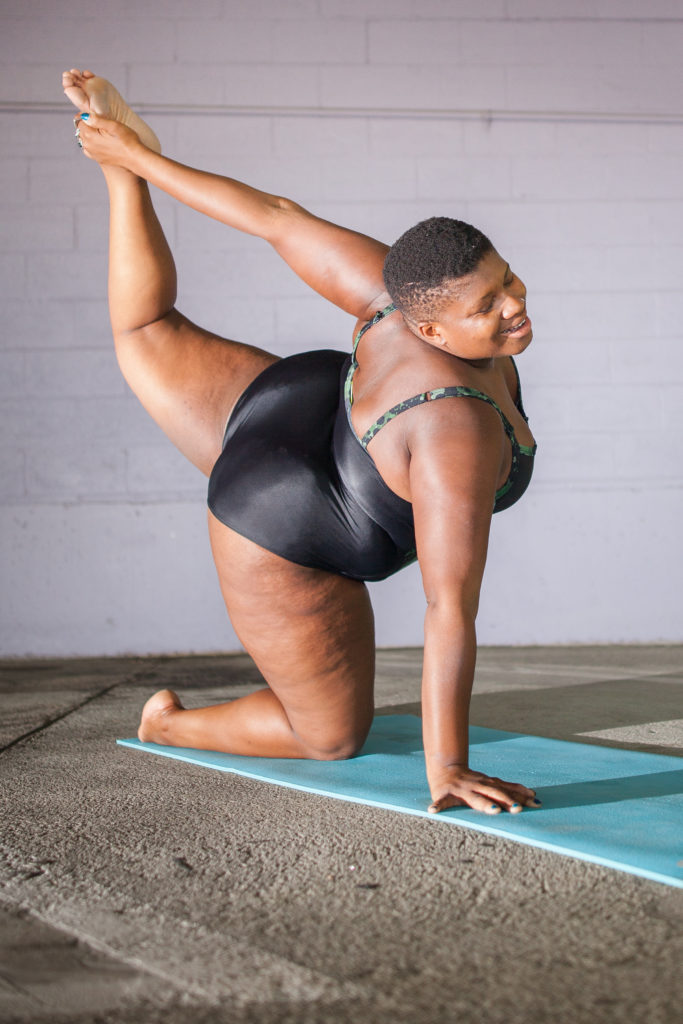 When I began practicing yoga, I’d reached a very blue period in my life. I was living in shame over my rapidly growing body weight, battling depression and a worrisome tendency toward alcohol abuse, ending a long-term relationship with my high school sweetheart, and struggling with other equally melodramatic facets that pretty much characterize the stereotypical experience of early twenty-something millennials. During my second year of graduate school, one of my classmates encouraged me to join her for classes at our local Bikram Yoga studio—she insisted that the practice would help calm my anxieties, not to mention provide excellent exercise. I knew she meant well and it was probably a good idea. But, initially at least, I lovingly told my well-intentioned colleague to go climb a tree and get lost.

After all, this wasn’t my first introduction to yoga. During my teen years, I’d attended a singular Bikram Yoga class with one of my aunts, and that one class lived in infamy as the worst circle of hell that I’d ever voluntarily experienced. If you’ve never tried it, Bikram Yoga is a sequence of twenty-six yoga asana (poses) practiced over ninety minutes in a room that is typically heated to roughly 104 degrees. The asana alone is enough to kick the ass of anyone with a pulse—but the combination of asana plus intense pranayama breathing plus the heat of Satan’s sauna equated to Jessamyn swearing off all types of yoga for the entirety of forever.

But somehow (using cult-like tactics, no doubt), my persistent classmate wore me down and I finally accompanied her to our local Bikram studio. This time was different, however—well, not that different. I mean, the class was still hard as shit. The heat was still nightmarish. The poses still seemed impossible. The breathing still made me feel like a dragon in her third trimester. But instead of intimidating me, the sheer intensity and difficulty of the yoga practice woke me up from the depressive slumber of my daily life. After that class, I began consistently guzzling from the yoga Kool-Aid pitcher and the effects have soaked my entire life. Practicing yoga helped me learn how to buoy myself while immersed in life’s constantly churning sea, and it provided an opportunity for emotional solace and overall body happiness.

But as a fat black femme, I began practicing yoga in spite of the fact that my demographic is largely ignored by Western media. In my early yoga classes, I was typically one of few students of color, and I was invariably the fattest person in the room. I would hide my body and my mat in the back row of every class, and I experienced condescension at the hands of instructors and body shame from my fellow students. Thanks to our beauty-obsessed media industry, the face of yoga has become analogous t­­o that of a slender, wealthy, white, twenty-something female. This image is deeply discriminatory, and leaves most people feeling as though yoga “isn’t for them.” In the eyes of Westerners, yoga has shifted from a pursuit of holistic well-being to an obsession over body image.

Now, as a body-positive yoga teacher, practitioner, and blogger, I receive daily questions from people across the globe who are desperately seeking the same self-satisfaction and happiness I found through yoga, but who staunchly believe yoga “isn’t for them.” And finally, thanks to Workman Publishing, I’m able to recommend the perfect book that answers the barrage of questions that consume the mind of every brand new, reluctant beginner or hesitantly prospective yoga student. Every Body Yoga: Let Go of Fear, Get On the Mat, and Love Your Body is a yoga lifestyle advice book based on my real-life experience as an atypical yoga student and teacher. Through the gaze of a straight-talking queer fat femme with the mouth of a wartime sailor, readers will be given a solid understanding of essential yogic history, poses, and general knowledge, allowing people of all ages, shapes, and colors to feel comfortable walking into any yoga class on earth.

Like my blog and Instagram, which are both highlighted by the humorous honesty of my daily life, Every Body Yoga bridges the gap between practicing yoga and the real-life pursuit of daily bliss. In between nuggets of easily digestible yogic history and information, I recount anecdotes from my own journey, and every story is tinged with as much death, drama, and self-destruction as your favorite primetime soap opera. It’s my hope that readers will see their own reflections in my life, and understand that the life of a yoga practitioner is not to meant to be flawless. Human beings are dignified by our flaws, and a true yoga practice becomes a veritable umbrella that can protect us from life’s most torrential emotional downpours. Every Body Yoga demystifies yoga’s eight-limbed path and brings it firmly into the twenty-first century, offering readers an invitation to live life free of fear and attachment.

August 3, 2016 By Jessamyn Stanley
#BigFatNotebooks: Everything You Need to Ace World History in One Big Fat Notebook Back to School with Sandra Boynton

Jessamyn Stanley is a yoga teacher, body positive advocate, and writer based in Durham, North Carolina. Her Instagram attracts thousands of followers daily, offering tips and advice for other yoga practitioners while documenting her home yoga practice. Jessamyn contributes to Mind Body Green, Wanderlust, and Elephant Journal. She's been featured and profiled by a variety of International and National media outlets including Good Morning America, The Daily Mail, New York Magazine, The Sunday Times, New York Times' Women In The World, & People, among others.