We first discovered Pope in Richard Cook’s Oxford Night Caps: A Collection of Receipts for Making Various Beverages Used in the University (1827). The students, and professors surely, at Oxford, knew a thing or two about drinking, and Oxford Night Caps chronicles this admirably.

Pope is a fancy variation on Bishop, one of the great British holiday punches. Instead of mulled port, however, it opts for a lighter take on the spiced bowl, using Champagne. A word of warning—Pope is a lot of work, but it’s not hard work, and the subtle but refined result is well worth the effort, especially if a punch is the centerpiece of your party. 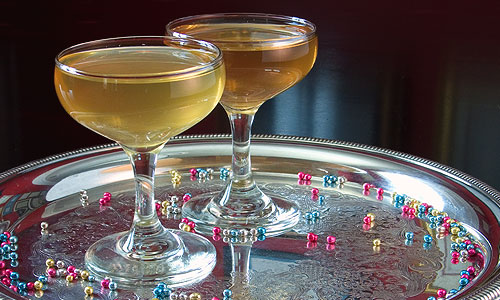