You could say that this whole Tour of Pie vagabond baker journey began with a pumpkin pie. The fall of 2010 found Aaron and me peeking into our CSA box to discover the cutest of pie pumpkins nestled among the rest of our vibrant veggies, which of course sparked the question, “Do you know how to make pie?” I did, in fact, know how to make pie, and while I know a whole lot more now, it’s awfully nice to think back to the little pumpkin that unwittingly changed the rest of my life, and remember the simplicity with which this whole crazy adventure started.

This recipe is based on the one provided by our CSA. For a long time I kept trying to add a few more “Thanksgiving-ish” spices, but Aaron refused to enjoy it as much as he enjoys this simply spiced version, which truly lets the pumpkin shine. This recipe yields just over three and a half cups of filling, so if you’re making the Teeny Pie version, it’s best to use two disks of the dough because it will line six 5-inch pans(you’ll have a bit of crust left over). 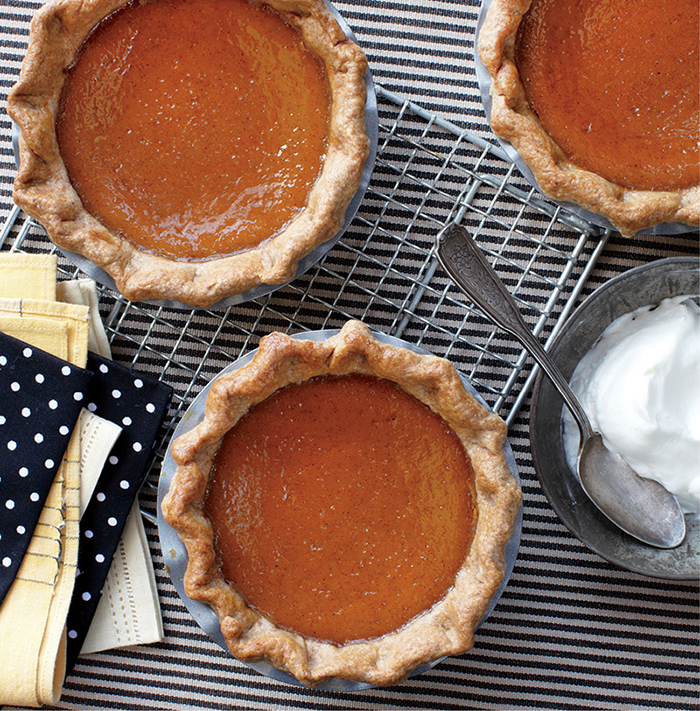