A Conversation about Claude McKay’s “America”

In honor of #NationalPoetryMonth, school librarian and the author of Love Drugged and The Art of Secrets, James Klise, shares a personal story about Claude McKay’s “America.” For more about James, check out www.jamesklise.com or find him on Twitter @JamesKlise.

Last week a student in my library, a sophomore named Youmna, asked me to analyze a poem with her. Youmna’s expression seemed to say: Mr. Klise, you will understand this poem better than I do.

Once you reach my age and lose enough hair, teenagers will make generous assumptions about what you know.

The truth is, in the 1980s, at my middle-class, mostly white, mostly Catholic high school in Peoria, Illinois, we didn’t read much poetry. My sister recalls a guest speaker who once visited her sophomore English class. The woman held a fern leaf in front of the classroom and asked all the students to write poems about the fern leaf. And I have a dim memory of a teacher leading my sophomore class in clapping out the beats to Frost’s “Stopping By Woods on a Snowy Evening.”

Poetry, we understood, was a dying art and a parlor game, an obsolete form of communication, and a wistful break from the important “real work” of English instruction: learning grammar and writing five-paragraph essays.

My real exposure to poetry has taken place only during the past 15 years, reading poems with students, decoding their secrets, finding their relevance, to the best of our ability, in conversation.

Youmna and I sat together and read “America,” a sonnet by Claude McKay. Published in 1921, the poem was new to both of us. 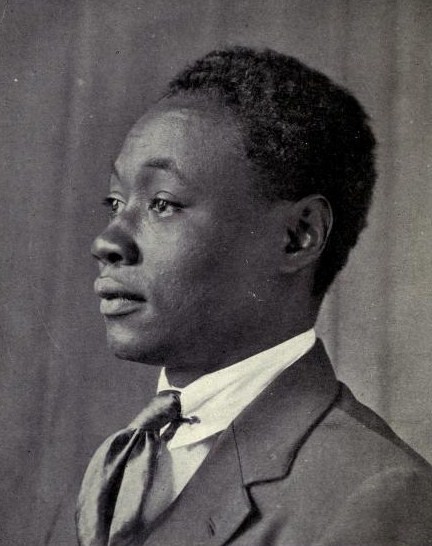 Jamaican-born McKay, a Harlem Renaissance writer with an outsider’s eye, admits that while America feeds him “bread of bitterness,” “sinks into my throat her tiger’s tooth,” and steals “my breath of life,” he must “confess” a helpless, almost romantic attraction to his adopted country:

I love this cultured hell that tests my youth.
Her vigor flows like tides into my blood,
Giving me strength erect against her hate,
Her bigness sweeps my being like a flood.

But we read on. McKay expresses “not a shred” of fear, anger, or mockery. Instead, the end of the poem looks calmly “into the days ahead,” when our “might and granite wonders,” our “priceless treasures,” will sink—like Shelley’s “Ozymandias”—into the sands of time.

I suppose it’s possible I read this poem in sophomore English in 1985. If so, I might have admired its elegance, its directness, but the poem’s relevance would have been lost on me. Racism was something my parents protested in the 1960s. We had Michael Jackson, Whitney Houston, and Prince; The Cosby Show was the #1 show on TV. Maybe I clapped my young hands to the stressed syllables and thought I understood.

Thanks to the past 15 years of practice, thanks to experiences shared among friends and colleagues, thanks to cell phone footage and social media, thanks to paying attention, I now recognize the evergreen relevance of McKay’s words. I love this poem.

“I like it, too,” Youmna said, and then paused. “I mean, people have shouted ‘terrorist’ at me from cars…”

Youmna’s parents came to Chicago from Pakistan before she was born. She wears blue headscarves and long skirts to school.

Want more from James? Check out his YA novel below. 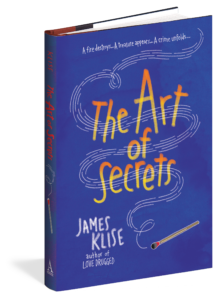 When Saba Khan’s apartment burns in a mysterious fire, possibly a hate crime, her high school rallies around her. Her family moves into a rent-free luxury apartment, her Facebook page explodes, and she begins (secretly) dating a popular boy.

Then a quirky piece of art donated to a school fund-raising effort for the Khans is revealed to be worth hundreds of thousands of dollars, and Saba’s life turns upside down again. Should Saba’s family get the money? Or the students who found the painting? Or the school?

“Will stay on readers’ minds long after the last page.” —Booklist, starred review

“This story . . . culminates in a shocking twist of an ending that will engrossreaders until the very last page.” —The Christian Science Monitor