What if I told you that America has its own Stonehenge?

The Georgia Guidestones are a mysterious structure surrounded by more questions than answers. Get a taste of their strange tale below, but for a more in-depth look at what these giant slabs of stone represent, look no further than famous historian Brad Meltzer’s new book!

Excerpted from The 10 Greatest Conspiracies of All Time by Brad Meltzer. Copyright © 2013, 2020 by A&E Television Networks, LLC. 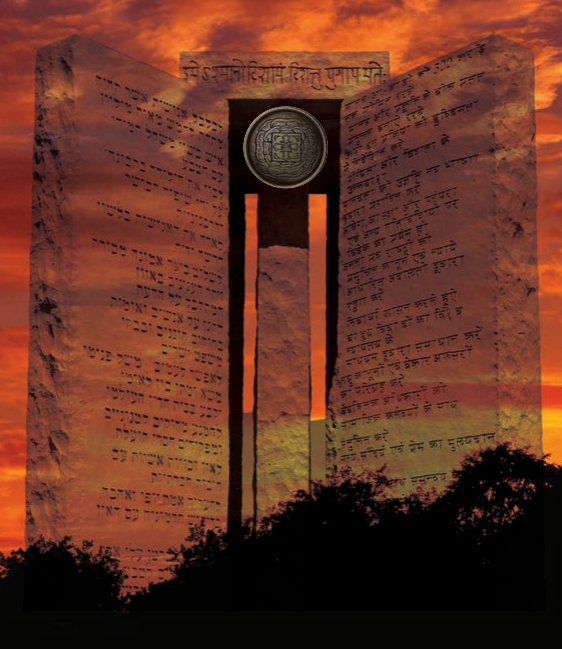 These giant stones were set up on a hillside outside, of all places, Atlanta in 1980. The man who had them built remains unknown, as does the monument’s true purpose. In fact, other than their half-million-dollar price tag, almost nothing is known about the stones at all. They’re composed of 119 tons of solid granite and have coded messages that are engraved into them in the world’s eight most commonly spoken languages. These rectangular pillars are also precisely crafted to track astrological and solar cycles. There are some who interpret the messages here as a sign of the end of days. Others theorize that they’re a call for genocide on a massive scale. So what’s the message they contain? Who built them? Why are they located on a remote hillside in Georgia? And, of course, what are they intended to guide us toward?

How and why the Guidestones were built have never been answered. But here’s what we do know: The monument didn’t just appear out of nowhere. On a summer day in 1979, a man using the alias R. C. Christian shows up at the Elberton Granite Finishing Company, presents very detailed and specific plans, and tells them he wants to build the Georgia Guidestones. The only details we have about the man is that he was balding, with a fringe of white hair, and had an accent that suggested he was from one of the Plains states. Also, he had money—a lot of money. And the only thing he absolutely demanded was that he remain completely anonymous. To this day, no one has been able to figure out who he is. What Christian commissioned, though, was no small undertaking. In fact, even with as deep a history of working with granite as Elberton had, they’d never encountered anything like the request from “R. C. Christian.” In fact, even if there was nothing more to the Georgia Guidestones than the stones themselves, the monument would be exceptionally impressive—a testament to the skills and abilities of the granite company R. C. Christian hired. But there is more to the Guidestones than the granite slabs. Much more. Some say it’s mysterious, others say it’s sinister.

More About The 10 Greatest Conspiracies of All Time 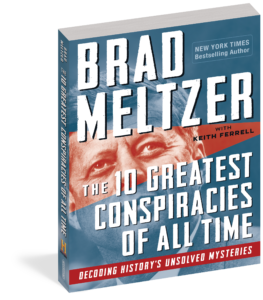 Wanted: the truth. In a riveting collection, Brad Meltzer guides us through the 10 greatest conspiracies of all time, from Leonardo da Vinci’s stolen prophecy to the Kennedy assassination. This richly illustrated book serves up those fascinating, unexplained questions that nag at history buffs and conspiracy lovers: Why was Hitler so intent on capturing the Roman “Spear of Destiny?” Where did all the Confederacy’s gold go? What is the government hiding in Area 51? And did Lee Harvey Oswald really act alone?

Meltzer sifts through the evidence, weighs competing theories, separates what we know to be true and what’s still––and perhaps forever––unproved or unprovable, and in the end, decodes the mystery and arrives at the most likely explanation.