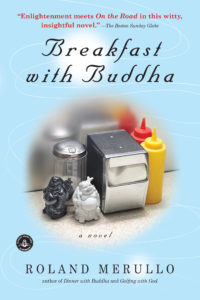 When his sister tricks him into taking her guru on a trip to their childhood home, Otto Ringling, a confirmed skeptic, is not amused. But in an effort to westernize his passenger—and amuse himself—he decides to show the monk some “American fun” along the way. From a chocolate factory in Hershey to a bowling alley in South Bend, from a Cubs game at Wrigley field to his family farm near Bismarck, Otto is given the remarkable opportunity to see his world—and more important, his life—through someone else’s eyes. Gradually, skepticism yields to amazement as he realizes that his companion might just be the real thing. 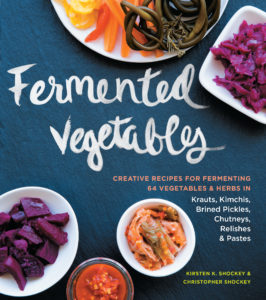 by Kristen K. Shockey and Christopher Shockey
DO IT YOURSELF

Even beginners can make their own fermented foods! This easy-to-follow comprehensive guide presents more than 120 recipes for fermenting 64 different vegetables and herbs. Learn the basics of making kimchi, sauerkraut, and pickles, and then refine your technique as you expand your repertoire to include curried golden beets, pickled green coriander, and carrot kraut. With a variety of creative and healthy recipes, many of which can be made in batches as small as one pint, you’ll enjoy this fun and delicious way to preserve and eat your vegetables. 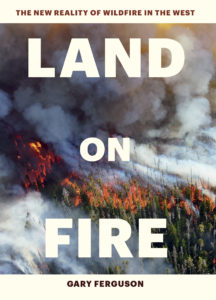 Wildfire season is burning longer and hotter, affecting more and more people, especially in the west. Land on Fire explores the fascinating science behind this phenomenon and the ongoing research to find a solution. This gripping narrative details how years of fire suppression and chronic drought have combined to make the situation so dire. Award-winning nature writer Gary Ferguson brings to life the extraordinary efforts of those responsible for fighting wildfires, and deftly explains how nature reacts in the aftermath of flames. Dramatic photographs reveal the terror and beauty of fire, as well as the staggering effect it has on the landscape. 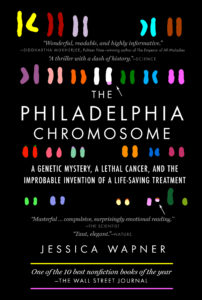 In 1990, the Philadelphia chromosome was recognized as the sole cause of a deadly blood cancer, chronic myeloid leukemia, or CML. Cancer research would never be the same. Science journalist Jessica Wapner reconstructs more than forty years of crucial breakthroughs, clearly explains the science behind them, and pays tribute—with extensive original reporting, including more than thirty-five interviews—to the dozens of researchers, doctors, and patients with a direct role in this inspirational story. Their curiosity and determination would ultimately lead to a lifesaving treatment unlike anything before it.