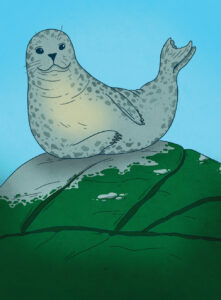 What’s that giant gray banana out on the rocks? It’s a seal! Harbor seals like to haul themselves out of the ocean onto rocks, beaches, and sea ice. Often they’ll lay on their belly or side with their head and tail up, looking as cool and casual as seals can in banana pose. While science still does not know the full benefits of seal yoga, it is thought they strike this pose to dry their head and fins and keep themselves warmer.

Seals and walruses are part of a group of marine mammals called pinnipeds, which means “flipper foot.” They have a range of adaptations that have allowed them to live in the water, like a thick layer of blubber (fat) that helps them float and stay warm. A seal’s back flippers are fused at the hips, so they can’t walk on them. On land this means they have to wriggle along, but underwater they are acrobats! Seals use their front flippers to steer as they swim and to do somersaults in their search for fish to eat. 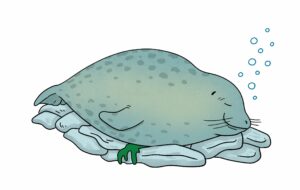 Harbor seals can spend days at sea hunting for food. They’ll even sleep underwater! They have to come up for air every 30 minutes, though, so maybe that’s more like a nap. Seals can dive pretty deep if they want to—more than 1,400 feet (426.7 m) down—but they usually need to do only shallow, short dives to search for meals. 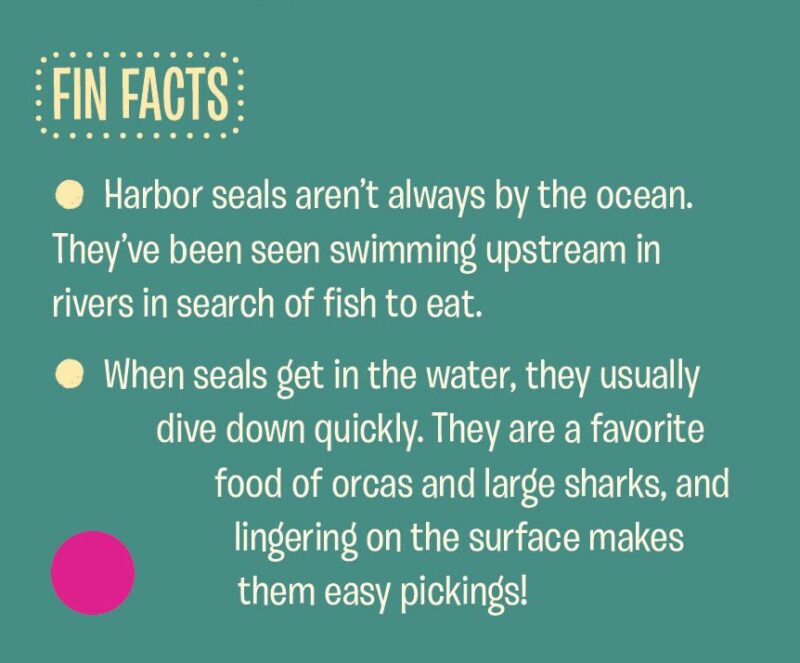 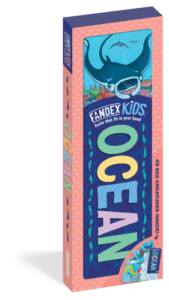 The bestselling Fandex decks have been given a complete overhaul to make them just right for children ages 8 and up—the illustrations are brighter and bolder, the die-cuts are simplified to make the cards easier to leaf through, and the text is livelier and age-appropriate. But the unique promise of Fandex is right here—a “facts that fit in your hand” die-cut-card-deck format packed with fascinating images and information about topics kids love.

In Ocean, kids will discover why the oceans are filled biological wonders that we’re only now starting to understand. Like the Curvier’s Beaked Whale, which has been recorded diving as far as 9,816 feet below the surface, more than any other mammal. The ancient Coelacanth—often called a “living fossil—which has changed very little in 400,000,000 million years and was once assumed to be extinct. And Giant Kelp, found in cool coastal waters filled with nutrients that help it grow up to two feet every day—that’s right, two feet! In addition to profiles of ocean species, the deck includes information about ocean depth zones, ecosystems, a glossary, and more.