In anticipation of Halloween, we asked our resident fright expert, Hal Johnson, for his recommendations for scary stories the whole family can enjoy. 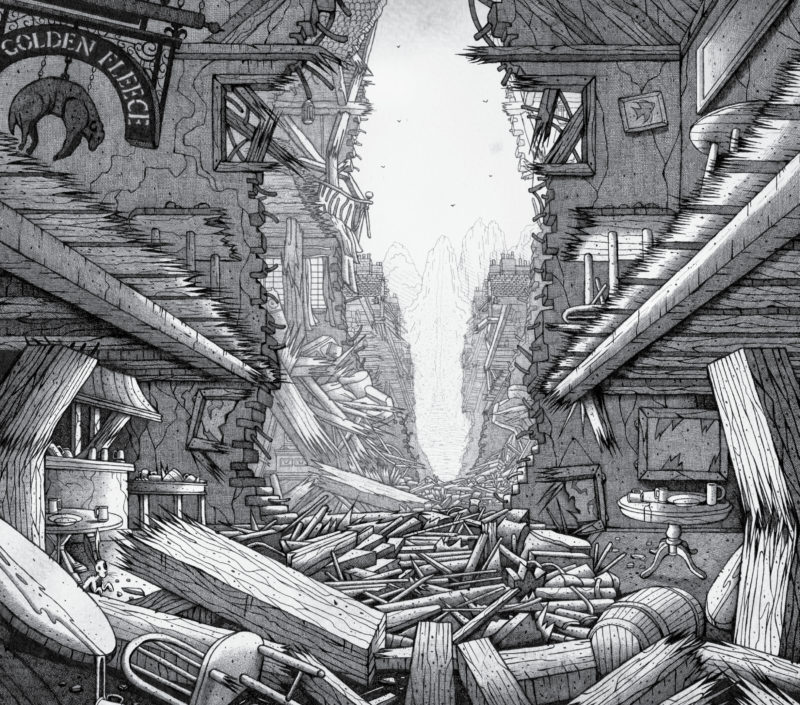 Through the Woods by Emily Carroll (Margaret K. McElderry Books)

Also the art is beautiful. It’s beautiful until the part where it isn’t beautiful, and at that point it’s really scary.

You’re used to thinking that, at the end of the story, Little Red Riding Hood is safe; but Through the Woods reminds us that no one is ever safe. There’s always another wolf, and there isn’t always another woodcutter.

Camp Midnight is a summer camp for monsters, which sounds pretty boss—unless you’re the one human camper who gets on the wrong bus and has to spend her summer surrounded by literal bloodsuckers.

Not mosquitos, the other kind.

This book manages to be very funny and pretty spooky, but most importantly it has a summer camp for monsters. That’s all you need, really.

The Living Mummy and Other Stories by Jack Davis (Fantagraphics Books)

Comics can be pretty scary now, but sixty years ago comics were so scary that the US Senate (!) literally demanded that comics become less scary and more boring (and for the next half century or so they were).

Fortunately, before the Senate came in and ruined everyone’s fun, a lot of great scary comics came out. The best were put out by a company called EC (which also published Mad Magazine), and although the original comics are expensive and hard to find, they’ve been reprinted innumerable times. The Living Mummy and Other Stories is just one of those reprints, but it’s one that features stories by Jack Davis, whose grotesque depictions of rotting zombies and grinning corpses has never been matched.

Warning: In addition to cannibals, undead killers, and dismembered bodies, this volume also contains puns, which some people may find offensive.

Eric Powell is one of the best horror cartoonists alive, and for the past nine months or so he’s been editing a regular series of comics called Spook House (subtitled “Scary Stories for Kids”). They’re sort of parodies of horror stories and sort of creepy twist-ending tales in their own right. The end result is a story like “Heckraiser,” about a Rubik’s Cube which, if you solve it, permits demons to come break your toys.

These comics are not a graphic novel; you have to go to an actual comic bookstore and ask for the actual floppy issues if you want to read them. Of course, if you’re a scaredy cat you can just sit around and wait for them to get collected in graphic novel form. But who wants to admit they’re a scaredy cat?

You probably think that a Donald Duck comics can’t be scary, but I kid you not, in this one, Donald gets on the bad side of a witch who unleashes the hordes of the abyss upon him and—

Okay, fine, it’s not actually that scary. But it’s really funny, and after you read Through the Woods, you’ll want something funny. This is the greatest Halloween comic ever made, and it has lots of great monsters, and they’re all trying to get Donald’s candy. You deserve a breather.