Full steam ahead for Train, the first book in our Journey Through the Pages series! To celebrate the launch, Justin Krasner, associate editor of Workman Children’s Books, chatted with the creator himself, Mike Vago. Mike discussed the mechanics behind the book, his answer to the Thomas the Tank Engine vs. The Little Engine That Could debate, and his inspiration. 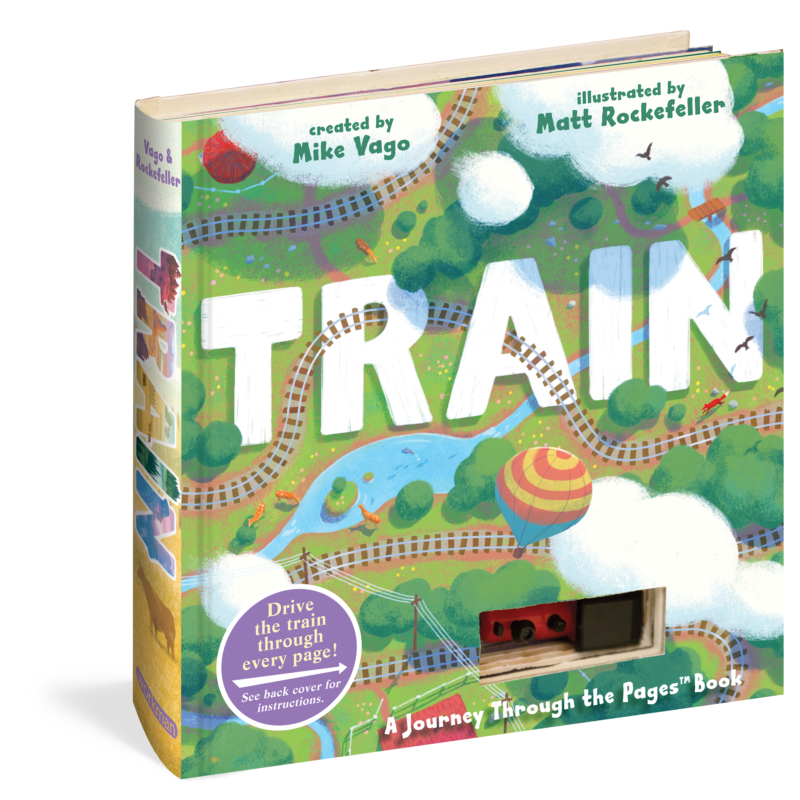 Justin Krasner: First off, how did you come up with the magical idea of having a train move across and through the pages of a book?

Mike Vago: Years ago, I was working through David Carter’s book Elements of Pop-Up—it’s a pop-up book that teaches you how to make pop-up books. I learned a technique that allows something to slide across a page, and it occurred to me that you could keep going to the next one. The very basic idea of that wasn’t hard to do; getting it to work reliably without destroying the paper took years.

JK: And how many iterations of the book were there until you got it just right?

MV: Far too many. I made a mock-up with part of a paper clip as the train, and the basic concept worked, but it tore up every seam in the paper if I drove it across more than a few times. I made more prototypes, and every one was worse than the one before. I finally gave up and put it on a shelf. Years passed, and we hired a new children’s book director, Daniel Nayeri. I was talking to him about a different project and saw that he also had a mind for the mechanics of books, not just the design. I dusted off Train and the two of us hashed out the engineering problems in about ten minutes. 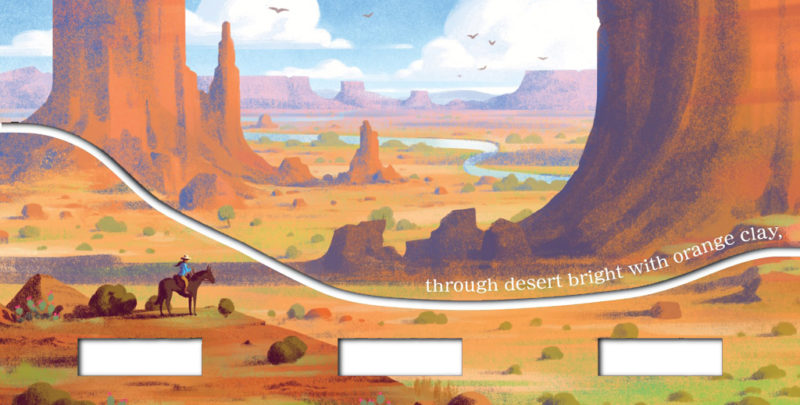 JK: The book begins at dawn and ends at dusk. Was the narrative something you always had in mind?

MV: Almost as soon as I had the idea of a train moving, the obvious thing was to take it on a journey from one place to another. An early version was a pop-up book, where it would navigate around and through pop-up obstacles that would represent the terrain, but that was too unwieldy and expensive. My wife, Lorraine, who wrote the text, suggested that every page should have a different color scheme, and the different terrains should correspond to each. I didn’t have an obvious terrain for red, so that became the sunrise. And all kids books should end with bedtime, so pulling into the rail yard at dusk seemed like an obvious ending.

JK: Were you a train fan as a kid? Was there a model railroad on the floor of your bedroom? Did you own one of those snazzy engineer hats?

MV: My only memories of kindergarten involve the sprawling wooden railway set the classroom had. I’m pretty sure I spent every recess building tracks all over the room. (No hat, though!) And when I first had the idea for the book, my older son was two, and in the middle of a full-blown Thomas the Tank Engine obsession, so part of my motivation was to come up with a book he’d love. Of course, now he’s eleven and is rereading the Harry Potter series, so he’s aged out of Train‘s target audience. 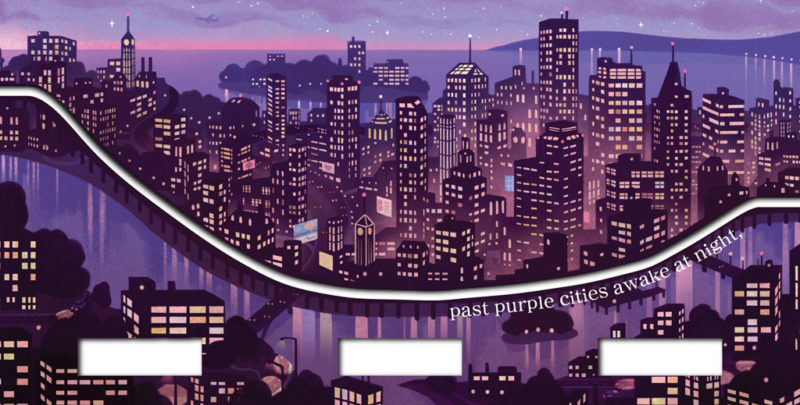 JK: How about this: If you had to pick a favorite fictional train character, would it be Thomas the Tank Engine or The Little Engine That Could?

MV: That’s a tough one. We owned many, many Thomas toys, and we wore through three copies of Little Engine. As an author, I’d have to go with Little Engine—the quality of the writing varies wildly in the Thomas series, but Engine is just about perfect.

You can purchase Train online here, or wherever books are sold.

creativitygifts for kids
October 12, 2016 By Workman Publishing
MAD HUNGRY FAMILY's Flat Citrus Chicken How to Turn Your Grill into a Smoker