Debbie Reber is a parenting activist, New York Times bestselling author, podcast host, and mother to a twice-gifted child. Her book Differently Wired empowers families to shift their thinking and their actions to improve the family dynamic—allowing children to fully realize their best selves.

Adapted from Differently Wired: Raising an Exceptional Kid in a Conventional World. Copyright © 2022 by Deborah Reber. 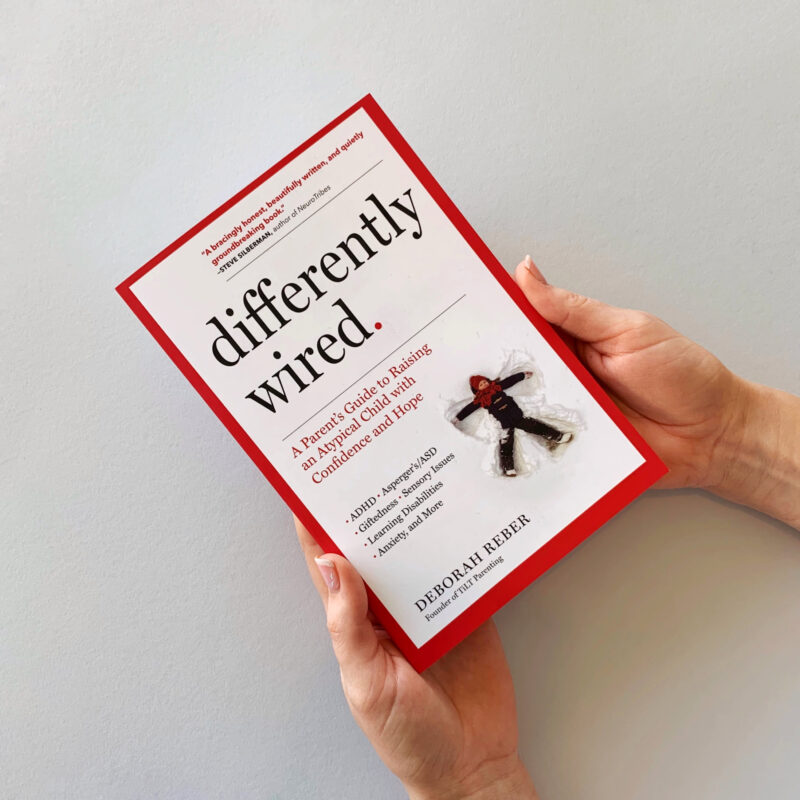 I had just graduated from high school when the movie Rain Man came out. Like most other Gen Xers, I was first introduced to autism through Dustin Hoffman’s portrayal of Raymond Babbitt, an autistic savant with a penchant for counting cards. (Thanks, Hollywood!) Thirty years later, society has caught up a bit when it comes to awareness and understanding of autism, but with the exception of people who know an autistic person, public perceptions are still largely framed by high-profile media portrayals. In other words, there’s still plenty of misunderstanding to go around.

High-functioning/low-functioning, nonverbal/verbal, brilliant/ average/low intelligence—as the saying goes, “If you know one person with autism, you know one person with autism.” Although no two presentations are alike, autistic people are typically identified as having some degree of social, communication, and behavioral differences. For example, some autistic people may struggle with making eye contact, and others may engage in repetitive behaviors or movements. Many have deep areas of interest; they may crave structure, routine, and order. And because autism is truly a spectrum with no rigid definition, a wide range of behaviors may or may not fall into the diagnosis. The closer a person is to the edge of this spectrum, meaning they aren’t so severely impacted that it’s readily apparent that they are autistic, the more subjective a diagnosis becomes.

Until 2013, the widely used label for people with “mild autism” was Asperger’s syndrome, which was named after controversial Viennese pediatrician Hans Asperger. In the 1940s, Asperger noticed that some boys in his practice had normal language development and intelligence but demonstrated some “autistic tendencies” in the The New Normal / 35 areas of social skills and communication. Today, the Diagnostic and Statistical Manual of Mental Disorders (DSM-5), the handbook used widely around the world to classify mental disorders, no longer recognizes Asperger’s syndrome as its own classification, and instead lumps everyone into the diagnosis of autism spectrum disorder (ASD), a decision that has been met with mixed results. Although some people welcomed the loss of distinction, others, especially many with the Asperger’s diagnosis who proudly relate to their tribe of “Aspies,” felt as if their identities had been stripped away.

Today, many people still use the term “Asperger’s,” although another phrase—“high-functioning autism”—has recently joined the lexicon, sparking controversy. When counselor and author Stephen Borgman ran a poll on his blog My Aspergers, he found that many readers with Asperger’s thought the label was apt, since they “‘blend in’ with neurotypicals to a large extent.” In contrast, many are offended by the term, including author John Elder Robison, who wrote on his blog, “It’s not accurate, and it’s degrading to us ‘high and low functioning people.’ Suggesting that ‘you’re a real high functioning autistic’ feels to me a lot like ‘you talk pretty good for a retard.’ People say the former to me all the time today, and they said the latter to me quite a bit 50 years ago. I didn’t like it then and I don’t like it now. Both phrases imply I (and all others like me) am pretty good even though we are the ‘other’; some lesser class of human. How would you feel about that, if it were you?”

For the purposes of this book, I want to acknowledge the challenges surrounding language and labels, because it’s the kids whose autism isn’t as noticeable as those more severely affected who often find themselves the most stuck or inadequately supported in school, not to mention highly misunderstood by society. Because their differences aren’t so obvious, at least to an outsider looking in, their behavior is often viewed with intolerance and confusion.

Just as with other neurodifferences, the gifts that come with autism are many. There’s no shortage of examples of innovators whose contribution to society is a result of the way they think differently, including many of history’s most influential scientists and creative geniuses who are believed to have been on the autism spectrum. Luckily, today, businesses, including Microsoft, Ernst & Young, and Hewlett-Packard, are waking up to the many advantages that come along with being autistic. For instance, 75 percent of software company ULTRA Testing’s team is on the autism spectrum. Founded by Rajesh Anandan and Art Shectman, two graduates of the Massachusetts Institute of Technology, ULTRA has set out to prove that neurodiversity is a competitive advantage, and the results have powerfully confirmed their belief. How cool is that? 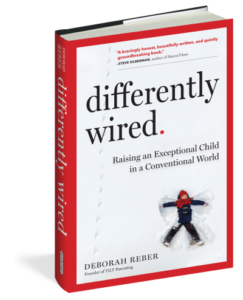 It’s time to say NO to trying to fit square-peg kids into rounds holes, and YES to raising them from a place of acceptance and joy.

Today millions of kids are stuck in a world that doesn’t embrace who they really are. They are the one in five “differently wired” children with ADHD, dyslexia, giftedness, autism, anxiety, or other neurodifferences, and their challenges are many. And for the parents who love them, the challenges are just as numerous, as they struggle to find the right school, the right support, the right path.

But now there’s hope. Differently Wired is a revolutionary book—weaving together personal stories and a tool kit of expert advice from author Deborah Reber, it’s a how-to, a manifesto, and a reassuring companion for parents who can so often feel that they have no place to turn.

At the heart of Differently Wired are 18 paradigm-shifting ideas—what the author calls “tilts,” which include how to accept and lean in to your role as a parent (#2: Get Out of Isolation and Connect). Deal with the challenges of parenting a differently wired child (#5: Parent from a Place of Possibility Instead of Fear). Support yourself (#11: Let Go of Your Impossible Expectations for Who You “Should” Be as a Parent). And seek community (#18: If It Doesn’t Exist, Create It).

Taken together, it’s a lifesaving program to shift our thinking and actions in a way that not only improves the family dynamic, but also allows children to fully realize their best selves.

“In this generous and urgent book, Deborah Reber lets the light in. She helps parents see that they’re not alone, and even better, delivers a positive action plan that will change lives.”—Seth Godin, author of Linchpin

“Differently Wired will help parents of children who think differently to accept their child for who they are and facilitate their successful development.”—Temple Grandin, author of Thinking in Pictures and The Autistic Brain

parentingSelf-help
March 28, 2022 By Workman Publishing
Meet the Workman Children’s Editorial Team Love Notes to My Self: An Introduction