How to Make Your Beers Cold—Quick

Two innovative tips from Beer Hacks that will get your beer ice-cold in just minutes.

There are some beverages that should never be warm and beer is certainly one of them! Now, whether your friends are already knocking at your door or the big game is just about to start, we’ve got the perfect method to turn that warm beer debacle into something refreshing—fast!

The Wet Rag + the Freezer Method

Let’s start with the one that requires less effort.

Grab your least-gross rag, get it good and wet with cold water, then wring out the excess. The idea is that you want the water to freeze around the beer as quickly as possible. So, if it’s oversaturated, that’s going to be tough. Paper towels can work if you’re in a ragless pinch, but really, a rag or dish towel or even an actual towel is what you want here.

Once it’s prepped, grab your beer and wrap it up, going once around the can or bottle with the rag/towel, or a few spins with the paper towels. Then just toss the beer in the freezer (if you can rest it on a tray or bag of ice, all the better), close the door (crucial step!), and set your stopwatch for 7 minutes (although if your freezer is crammed, it may take 10). A standard 12-ounce can or bottle may not even take that long, and that time parameter should get a 22-ounce bomber decently chilled as well.

When the time’s up, your towel should be frozen somewhat solid and want desperately to stay attached to the bottle. But you, beer-deprived as you may be, will be able to summon the strength to rip it off and reveal a wonderful beer chilled to appropriate enjoyment temperatures. 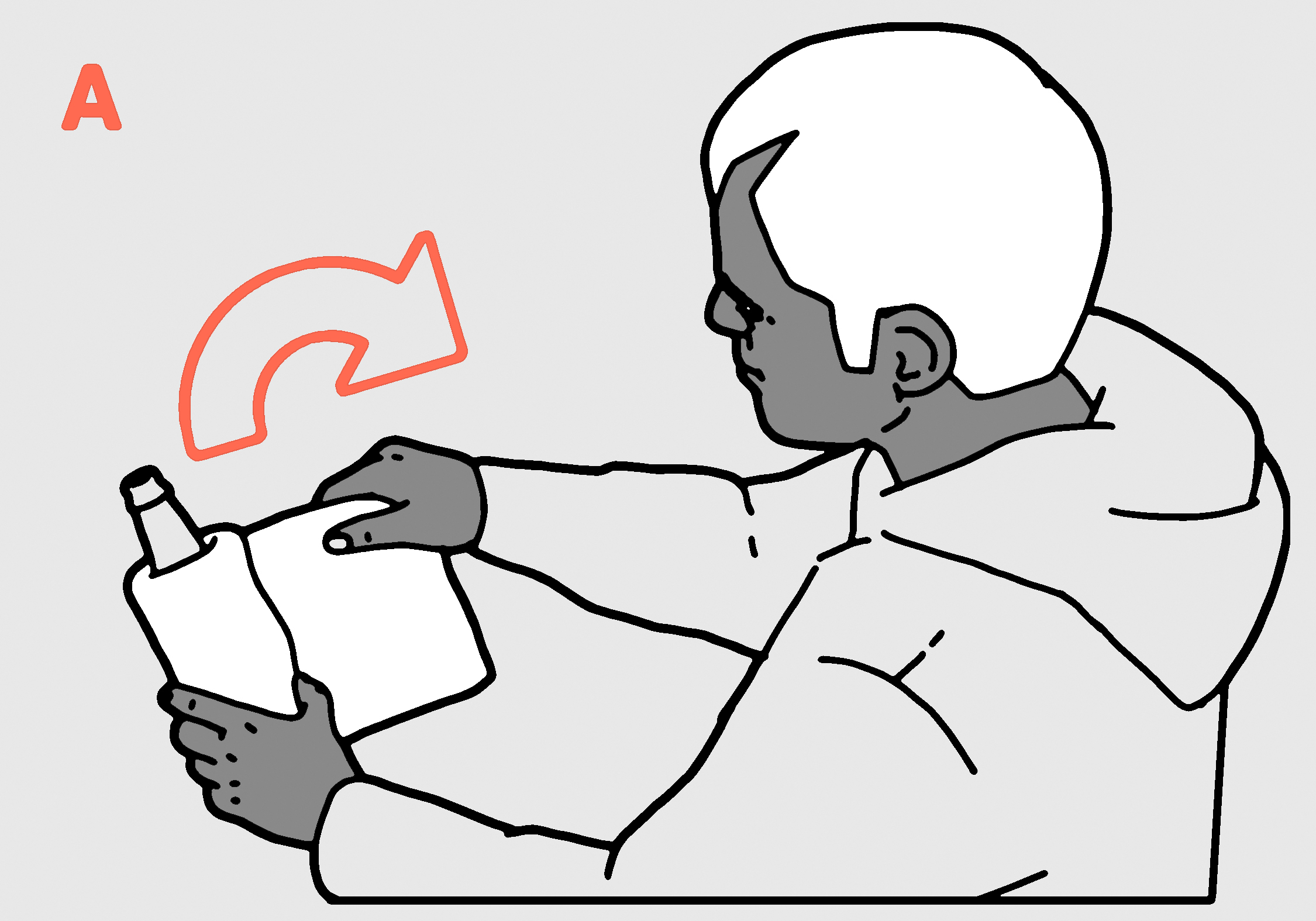 One big word of warning: No matter the circumstances, do NOT leave your beer in the freezer for longer than 20 minutes or so. For one, it will freeze like so many Otter Pops before it, and for two, it’s impossible to drink beers through freezer doors. 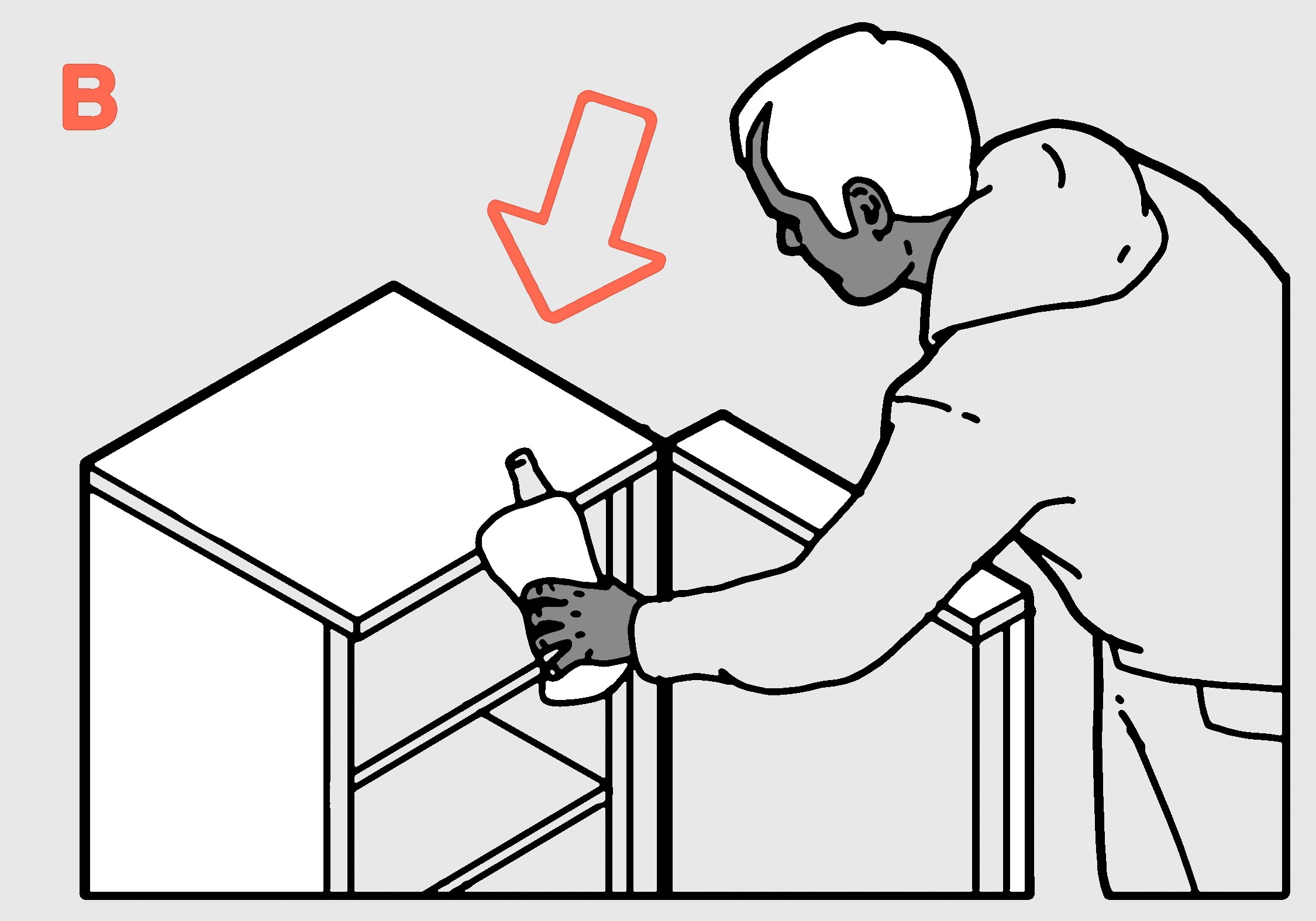 The Spin It in a Bucket Full of Ice + Salt Method

Yes, your hand is going to get cold with this one.
Cold beer ETA: 3 minutes

All you need for this is water; a bowl, bucket, beer pitcher, or other fairly large receptacle to put that water in; enough salt to make all the slugs in your neighborhood uncomfortable; and a hand that likes to spin things/doesn’t mind getting a little cold. (Note: This is great for hotels, which often don’t have a fridge but do have all the rest of these things, especially if you’re bold enough to ask for a hundred salt packets from room service.)

If you remember ninth-grade chemistry class, you’ll remember that protons have a positive charge, electrons have a negative one, and the emergency eye wash is completely hilarious to trick people into drinking water out of. You may or may not also recall the principles behind boiling point elevation/freezing point depression.

The technical definition involves entropy and thermodynamics, sooo . . . let’s skip all that and say: If you put salt into water, it makes the temperature at which the water freezes go way down. So, if you put salt into water and ice, it causes the ice to melt, making the whole bath significantly colder than ice plus water minus salt. Which makes your beer cold, if you put it in. It’s the same exact set of principles that make antifreeze work, but since you’ll be drinking the beer, maybe don’t think about that.

There are a couple of key moves to keep in mind here. First, you’re not using a pinch of salt; you need a lot. Like, cups of the stuff. Literal cups! Just dump it in and stir, then add as much ice as you can find. 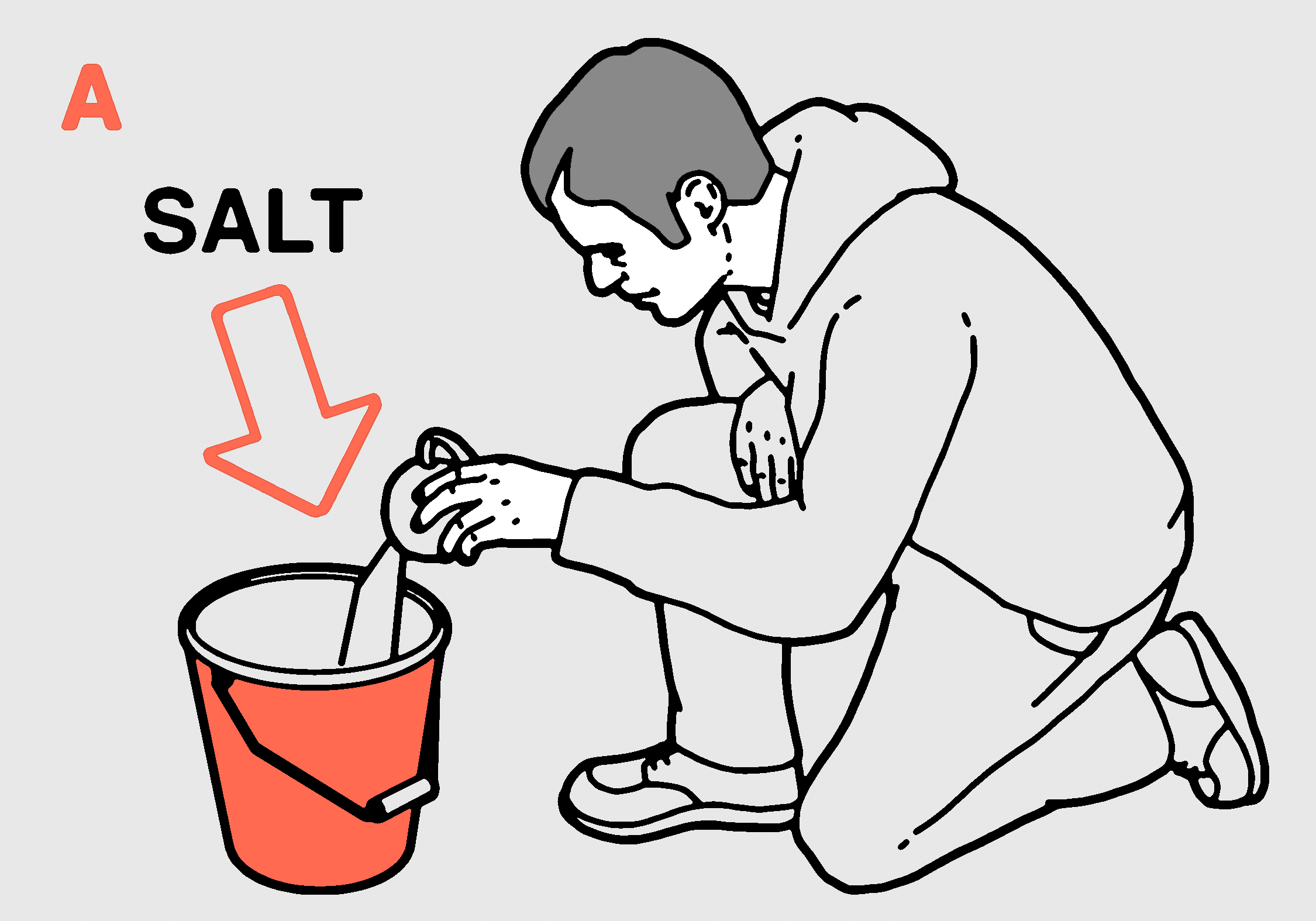 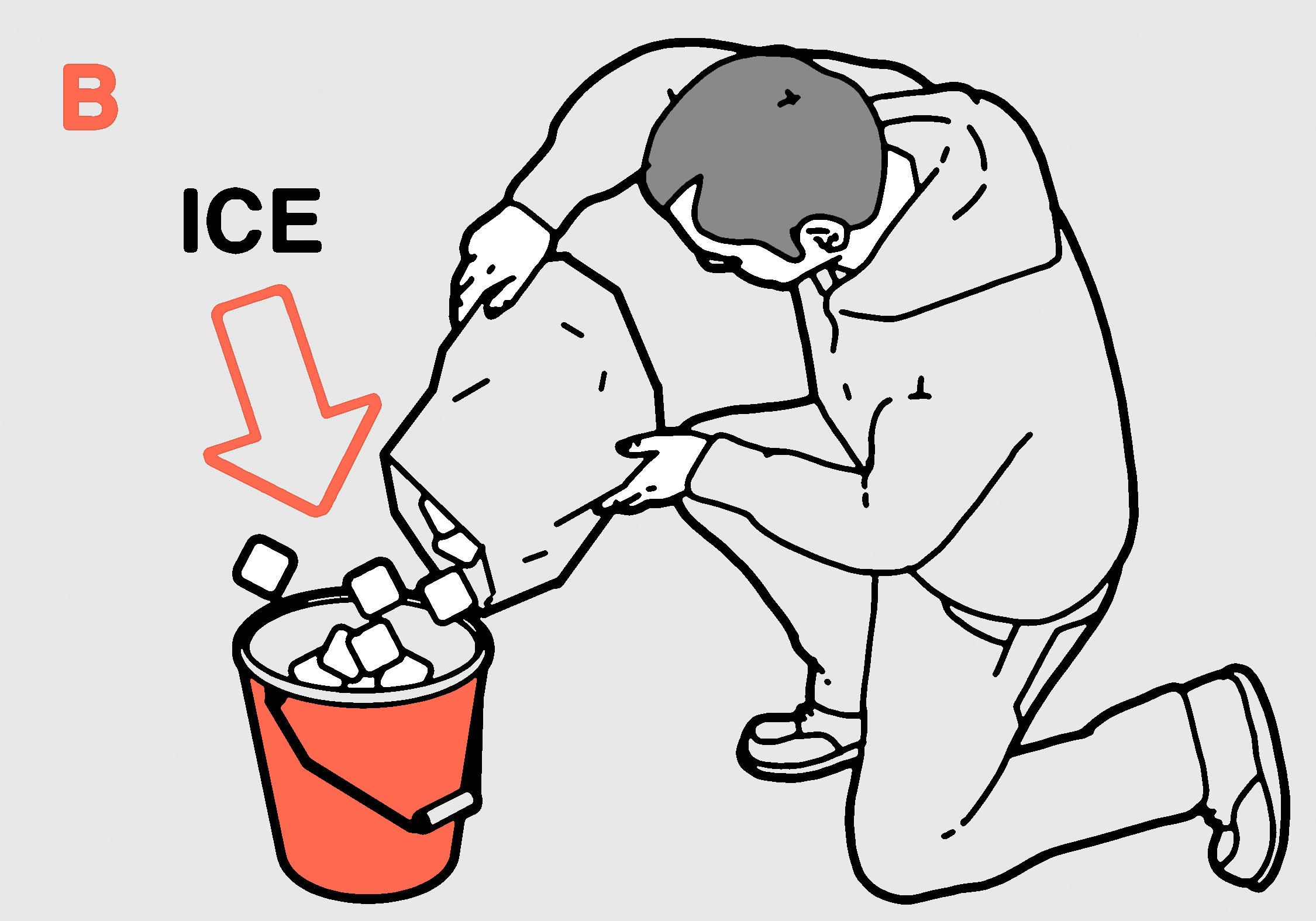 The next is that once it goes into the bath, you need to spin the bottle or can round and round as much as possible, which will accelerate the cooling process and make your hand remarkably cold (you will be a much happier/less frostbitten beer drinker if you do this with a bottle instead of a can, so you can grab and spin the neck outside the ice bath). But that just means it’s working, right? Three minutes of spinning should get your beer exactly where you want it. 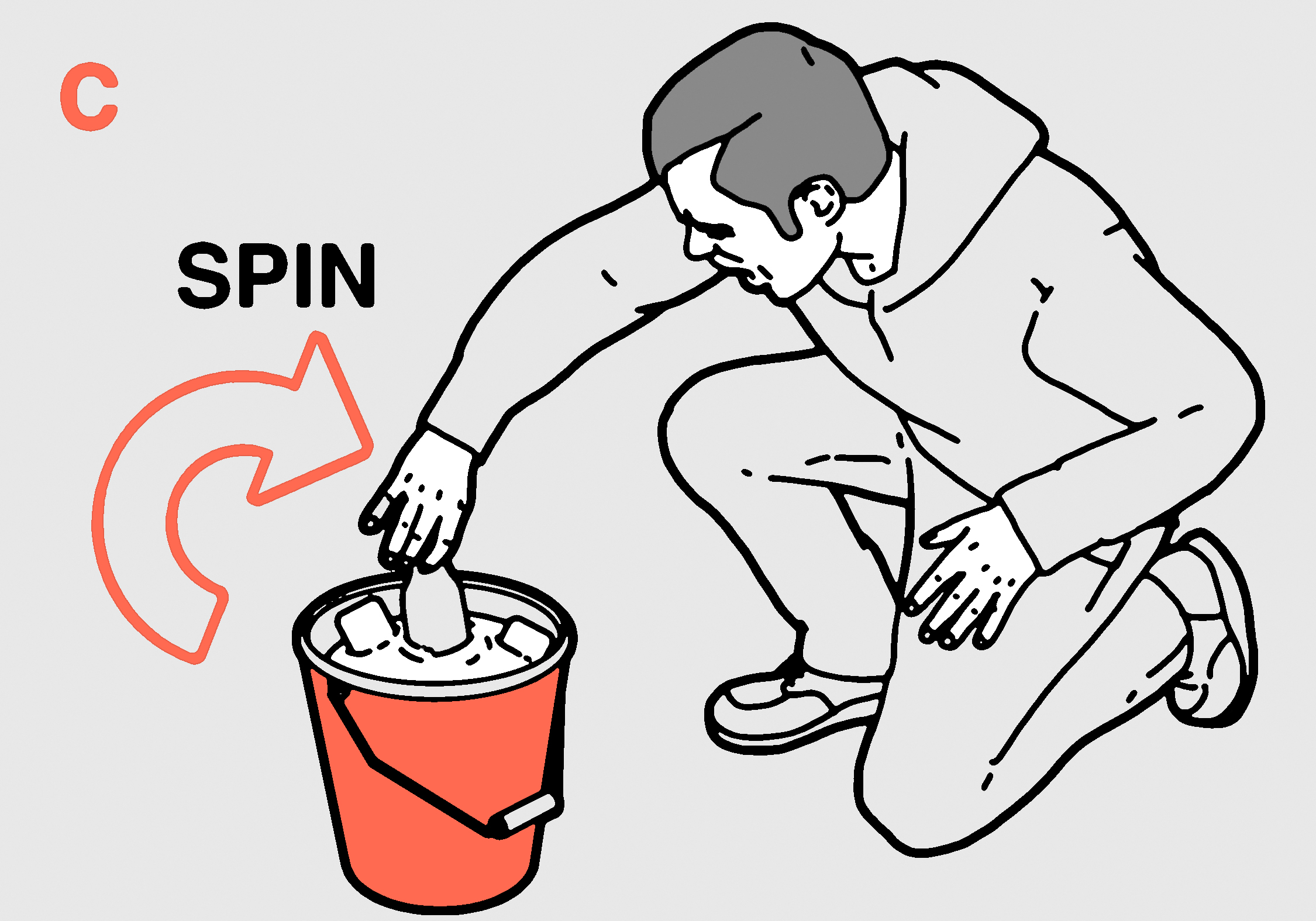 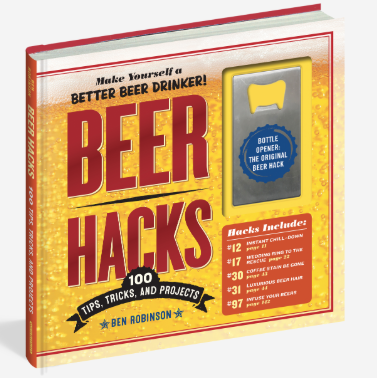 A tour de force of 100 tips and tricks, Beer Hacks is the ultimate guide to becoming a better beer drinker.

Discover the very best and most creative ways to serve, share, store, and savor your favorite brews. There’s problem solving: Warm beer? Chill a bottle in about a minute with a can of compressed air. DIY projects: Turn empty bottles into guitar slides. Party tricks: The only thing you need to know to safely tap a keg—and the one foolproof technique for shotgunning a beer. Flavor bombs: A French press is all you need to infuse ale with fresh berries.
Whether you’re replenishing after a workout (that’s right: beer has electrolytes), or relishing the singular tranquility of a shower beer, Beer Hacks is the ultimate guide to taking drinking to the next level, making it more fun and more practical. Includes an emergency bottle opener on the front cover!