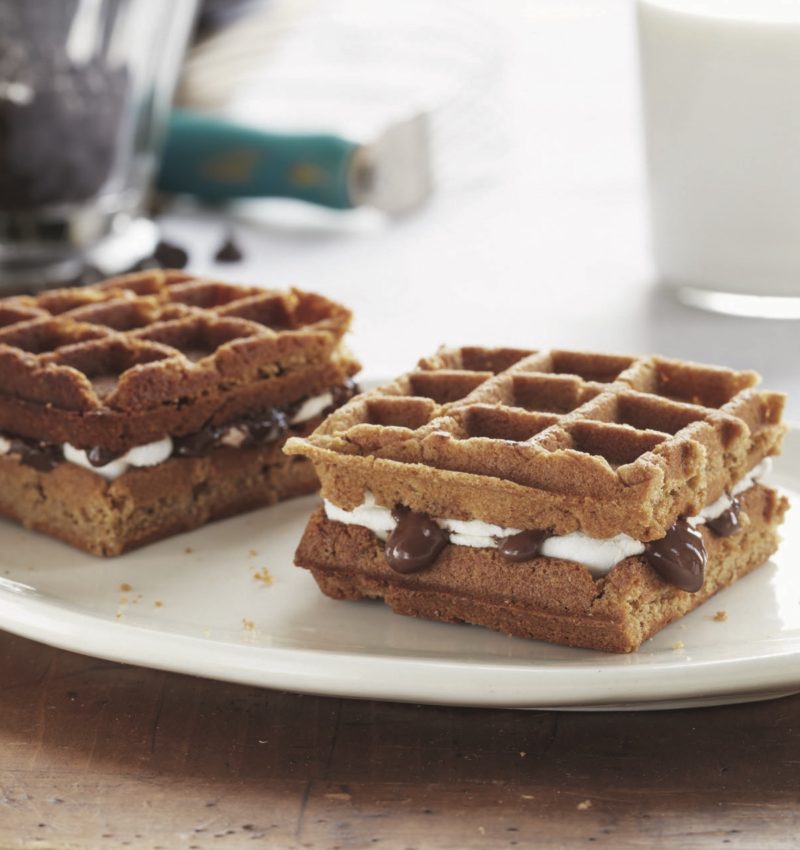 Pledge allegiance to the waffle iron this National Waffle Day.

And this is why:

Now, what will you waffle? Here are some ideas from my book.

Maybe you’re a novice waffler and the idea of using your waffle iron for lunch or dinner is going to take some time. (Say, the minute or so it takes you to read two recipes down.) Try these waffled muffins for breakfast. Baby steps.

Many people have told me that waffling hash browns is the new default method of making hash browns in their households. You can’t ask for a much better endorsement than that.

I love this recipe because the waffle iron is perfect for the job. What else are you looking for when you make a quesadilla but to have the tortillas and filling brought together quickly with two-sided heat? I’ll tell you what else: melted and crispy cheese. And it’s all here.

In many gardens, it’s peak season. Gardeners are hauling away buckets, tubs, and barrels of zucchini, and swearing to themselves that next year is the year they’ll plant just a little less of it. That’s next year. Maybe. For this year, make these fritters.

There is little to say about S’moreffles that is not already evident in the name and photo. Waffled. S’mores. Every time I think about this, I have the same reaction that someone probably had right after the wheel was invented: Why did this take so long to become a thing?

Daniel Shumski is a writer and editor who has hunted ramen in Tokyo for the Washington Post and tracked down ice cream in Buenos Aires for the Los Angeles Times. Between stints at the Chicago Sun-Times and the Chicago Tribune, he worked for a Midwestern heirloom apple orchard. His first book, Will It Waffle?: 53 Irresistible and Unexpected Recipes to Make in a Waffle Iron, won praise from the New York Times, People magazine, and Food52. He lives in Montreal, where his French is still a work in progress.